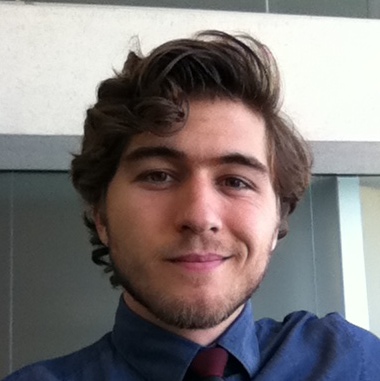 Comedian and social commentator Aziz Ansari, perhaps best known for his role of Tom Haverford on the T.V. show Parks and Recreation has a book out in which he discusses romance, dating, and marriage in the modern age.

A relevant excerpt on “soul mate marriage” reads like this, “It’s not about finding someone decent to start a family with. It’s about finding the perfect person whom you truly, deeply love… In the past, people weren’t looking for something boiling; they just needed some water. Once they found it and committed to a life together, they did their best to heat things up. Now, if things aren’t boiling, committing to marriage seems premature.”

Sounds pretty harmless, doesn’t it? After all, we hear similar messages in movies and popular media all of the time. Here’s the problem: Ansari is thirty-five, has never been married, and is facing a barrage of sexual assault allegations.

Why on earth would we listen to that guy on marriage and romance?

I don’t want to pick on Ansari in particular. He’s just a recent example of many, a convenient symbol to point at and say, “We have a serious problem in who we take advice from.” Romance novels written by lonely women, op-ed columns by people who have never been within a hundred miles of a committed relationship, and baked-in messages of fantasy in the T.V. shows you binge on Netflix all add up to some knee-jerk opinions on pursuing marriage that are, well, wrong.

The results are tangible. In 1960, 72% of all adults in the U.S. age 18 and older were married, but as of 2016 it was only 49%. Back then, the average age men got married was 23. Today, it’s 29. This hasn’t been good for the ol’ society. To show you why (and to encourage you to put on your shining armor and rescue that damsel), let’s look at the two biggest myths our culture tells us about marriage and what the truth really is.

“I can’t afford to get married.”

Marriage is expensive, right? You have to live in a bigger place, buy more groceries, and besides – maybe there are a few more parties you want to go to, a few more countries you want to hitchhike around. Rumor has it, buying two plane tickets costs twice as much.

In all seriousness, some people do want to keep messing around and not worry about getting disciplined financially, but others have concerns about the size of their student loan debt or their current salary. You can’t get married until you have zero debts, three years of rent saved up, and own a medium to large chain of boutique coffee shops, or so we’re told.

Here’s the truth: Married men earn more money. They don’t earn more money because they waited until they were flush and then kept earning the same amount – when they got married they started earning more. The data is convincing; married men earn about 20% more than their single peers. This happens largely because marriage is a motivating force for men. When you’re 18 and making minimum wage, you don’t have any worries. You’ll sleep on somebody’s couch, have Cheetos for breakfast, and take the bus when you need to go somewhere. When there’s a wife you’re coming home to, all of the sudden a desire to build a better life for her rises up in you. This desire results in ambition, and ambition helps you break through to a new level of earning power. Also, there is evidence that employers prefer to promote married men, perceiving them as more motivated and dependable. They’re not wrong – married men work about 400 hours more than their single peers each year. Motivation and responsibility have a transformative effect on a man.

I’m searching for my soul mate/the one/my spirit animal/you complete me. We hear this all of the time. It’s like the book we quoted at the top of this article says, the culture tells us, “It’s about finding the perfect person whom you truly, deeply love.” Don’t misunderstand, I’m all for love and romance. I’ve read all of Petrarch’s sonnets. All of them. I’ve memorized John Donne, Shakespeare, and Byron. I’m not an old stoic who thinks you should find the first feminine object in a skirt and call her your wife. I am saying that there is a subtle deception in this idea we’ve accepted of needing to find your “soul mate” that leads to indecisiveness, fear of commitment, and insecurity.

Where is the focus if you’re searching for “the perfect person whom you truly, deeply love”? It’s on you, isn’t it?

As my good friend Mark Hoffman is fond of saying, “How’s that working out for you?”

People aren’t perfect. If we focus on catering exclusively to our own needs, finding the person to fulfill our fantasy, finding someone who completes us, then we will be sorely disappointed. Love, by definition, is selfless. Crack open a Bible and read all about it in 1 Corinthians 13; you’ll never find a better definition of love. When we, encouraged by a narcissistic culture, go about relationships by exclusively trying to find personal fulfillment, we may have some fun for a while, but we won’t have love. Fun runs out. Love doesn’t.

Commitment becomes a lot less scary when you learn to love without expectations. When you and your partner agree that you will serve her and she will serve you. Some guys are afraid that they’ll be missing out if they’re with “just one woman.” My answer is, “Have you ever met a woman?” She’ll be a different woman on Tuesday than she was on Monday. Her tastes will fluctuate, her body will go through changes (not a bad thing), and she will be excited by different things year by year. You miss out on this wide, varied, and exciting ride when you are serially dating because, let’s be honest, you have a type. In marriage, your wife is going to change, but don’t be afraid of that. It keeps life fun.

You don’t need to find your soul mate. You need to find someone with the same values as you, who you find attractive, and who you enjoy spending time with. Then, in the bonds of love, you will become each other’s soul mate. If you enter into a relationship as a whole person, you can end up being something new and wonderful with your wife. If you enter into a relationship as a half looking for your other half, you will always be disappointed.

We’ve been talking statistics, which is all well and good, but experience backs it up too. I got married at 25 and instantly began making more money. I have never regretted the commitment for a moment. Marriage is harder than popular culture tells you it is, and it requires taking up responsibility, being patient and sacrificial, and being a man, but it’s also so much better than they say.

Be smart, sure. But if you’ve met a great woman and your family and other voices of reason in your life like her, if pre-marital counseling went well, if she excites you and believes the same things as you, marry that girl.

Quit being a boy that people shout “Get a room” at. I’m over here telling you, “Get a house.”