Marian, a Jar of Pickles, and the Neighbor I’ve Never Met 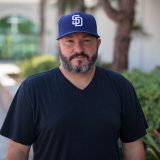 The other day my next door neighbor, Marian, came over and asked me if I could help her open a jar of pickles. Marian is in her late 80’s and has lived by herself since her husband, Otis, died about 20 years ago.

I love Marian. She has been my neighbor since before I was born. I live in the house where my mom grew up, and Otis and Marian moved next door when my mom was 5-years-old. I love helping Marian and I would help her more if she wasn’t so fiercely independent.

Jesus commands me to love Marian, and Marian makes it easy.  But Marian isn’t my only neighbor. There’s Charlotte and Amparo and their two sons Charles and Hudson, who are our other next door neighbors. There’s also Peggy who lives across the street, Mrs. Tillman who lives down the street and a bunch more. And Jesus has commanded me to love them too.

In fact, He says the greatest commandment, after loving Him, is to love my neighbors as myself.

In reply Jesus said: “A man was going down from Jerusalem to Jericho, when he was attacked by robbers. They stripped him of his clothes, beat him and went away, leaving him half dead. 31 A priest happened to be going down the same road, and when he saw the man, he passed by on the other side. 32 So too, a Levite, when he came to the place and saw him, passed by on the other side. 33 But a Samaritan, as he traveled, came where the man was; and when he saw him, he took pity on him. 34 He went to him and bandaged his wounds, pouring on oil and wine. Then he put the man on his own donkey, brought him to an inn and took care of him. 35 The next day he took out two denarii[e] and gave them to the innkeeper. ‘Look after him,’ he said, ‘and when I return, I will reimburse you for any extra expense you may have.’

36 “Which of these three do you think was a neighbor to the man who fell into the hands of robbers?”

37 The expert in the law replied, “The one who had mercy on him.”

Jesus told him, “Go and do likewise.”

When you see someone who is struggling, is in danger, is lost, then that’s your neighbor and Jesus says to love them.

The thing about loving people in need, though, is that it is going to cost you something. It cost the Good Samaritan time, inconvenience, money, and safety. Getting involved in other people’s messy situations is never convenient.

Jesus tells us that there were two other men who passed by, a priest and a Levite, yet when they saw the poor man they quickly did the math of what it would cost to help him, crossed the road and kept going.

I wonder if when the priest and the Levite got to their appointments or homes if they even remembered the man they had passed. I doubt it. It is likely that they didn’t think much more about him. How many people, neighbors, do we see in need and pass by without giving it a second thought?

There’s a high school girl who is pregnant and she is terrified of her parents finding out. There’s a woman who doesn’t want to be seen as just another statistic.

There’s a young couple who think that having a baby will ruin their future.

There are babies who can’t speak up, can’t run away, can’t call 911, who can’t defend themselves.

These are people who you may have never met. They are in situations that are easy to ignore. They are your neighbors.

Jesus has commanded us that we must not look the other way, we must not cross over to the other side of the road; we must love them by getting involved.

This is not a small matter to Jesus, it is a Gospel imperative. Jesus said that the difference between those who love Him and those who don’t can be seen through the way a person loves their neighbor (Matt 25:31-46).

The Good Samaritan got involved in a situation that “wasn’t his problem” when he helped that man. Jesus ends the parable by telling us to “go and do the same.”