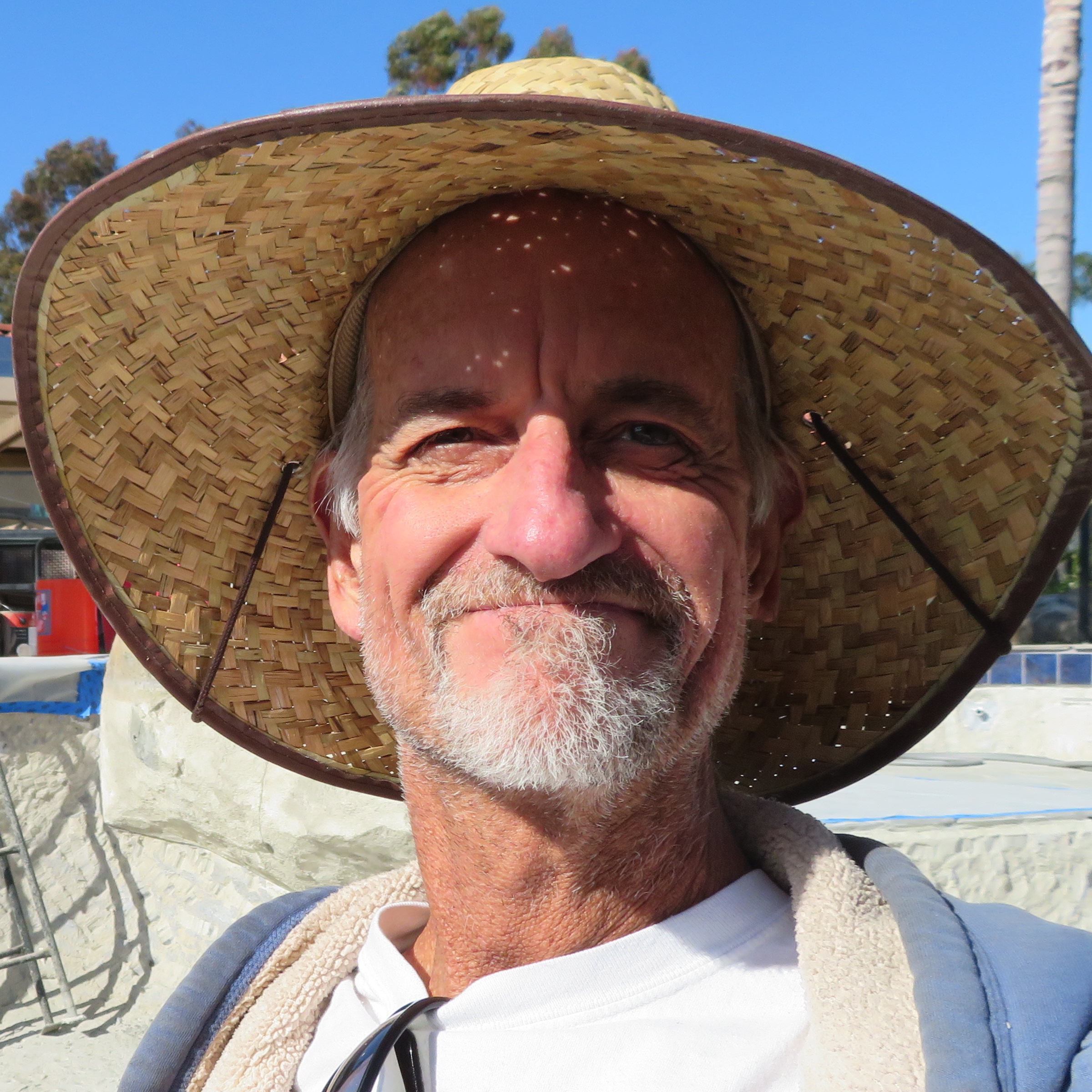 He,[1] was born July 13th, 1942 in Chicago Illinois to an advertising executive and former radio actress.

He loved the Boy Scouts.  Earning his Reptile Study merit badge working at a Scout camp during the summer and then reached its second highest rank, Life Scout before moving on to other interests.  In 1960, he graduated from Maine East High School in Perk Ridge Illinois and was the first student voice broadcast on his high school's new radio station, WMTH.  He was also its first sportscaster during his senior year (1959–60). He attended Ripon College in Wisconsin where he was a philosophy major and a member of the Sigma Nu fraternity and then took a drama class in the final quarter of his senior year to get over his shyness.   As a self-described "late bloomer” with a life long fear of public speaking he became fascinated with acting and then left before graduating in 1964 to attend a season of summer stock with the Belfry Players, (a theater company) in Wisconsin.

He felt the call of California and traveled to Los Angeles to apply for a job in radio voice-overs but didn’t get it.  He stayed there and eventually signed a $150-a-week contract with Columbia Pictures’ new talent program, playing bit roles in films. His first known role was an uncredited one as a bellhop in 1966… There is little record of his non-speaking roles (or "extra" work) in film.

He worked for Universal Studios, playing minor roles in many television series throughout the late 1960s and early 1970s even though the head of Columbia Pictures thought he had no future in pictures when a French film maker wanted to cast him as the lead in a new film he was making, (the part was given to someone else).

Not happy with the roles being offered to him, and the limited income, he became a self-taught professional carpenter to support his then-wife and two young sons. Later he was hired by a director to expand his office but was also given the opportunity for small roles in two of his films.  He was then asked by a director to help other actors who were auditioning for roles in a new film by reading other parts. The director soon realized that he was the best candidate for the part. The LEAD!

The part was Hans Solo in a soon to be blockbuster known as Star Wars,  The actor was Harrison Ford.  The richest actor in the world according to Guinness Book of World Records in 2001.

Was Harrison Ford lucky?  Was he “at the right place at the right time?” Or did he prepare to get “lucky”? Take actions and foster attitudes that helped him “get lucky”?  The answer is a definite YES!

Now there is only one Harrison Ford.  But we can learn allot from stories like his.  The message is one of overcoming, stepping out and risking.  You also may not have a desire to be an actor, but getting out of your comfort zone almost always provides tons of self discovery and personal growth.

Harrison knew he was shy. Yet he got involved in Scouts, (became engaged with others in his peer group) and then even after many years still decided to take a class in drama to help get over his fear of public speaking. That led to trying to tackle acting opportunities in Hollywood. Still acting just wasn’t working out that well so he started working as a carpenter.  He did what he needed to do to take care of his new family. But he kept his attitude positive and continued to work as an actor where he could. No easy task doing both at once.

Then after years of small parts and construction jobs Harrison was still willing to help other actors by helping them read for a part in a movie. He could have become bitter and walked away from acting completely. But he didn’t. He could have made different choices that would have led to him NOT ending up one of the most recognized actors of all time.  But he didn’t.  No, he persevered.  Helped others. Which tells us a lot about what kind of person Harrison Ford is.  And thus even now he’s recognized as retaining a humble spirit even after all his success.

Bottom line is to get where we want to go we need to be preparing to get “lucky” every day. Need to be ready with the best “vibe” when “luck” comes a knocking. And that means constantly looking at ourselves and asking “am I thinking about things in the best ways?  Positive ways?”  “Can do ways?”  “Am I doing things with the right or best attitude?”   “And am I actually DOING the best things?”  “Helping others?”  “Being thankful?”  “Giving more than I’m taking?…”

Having unwittingly tried living with a pessimistic and a more negative “poor me” type of attitude at times I can tell you that getting that “lucky break” just didn’t seem to happen much.  While all the amazing opportunities and “chance encounters” with special people that I’ve experienced always seemed to happen when I was thinking, believing and acting my best.

Let us therefor “make luck happen” by molding and shaping ourselves into the kinds of people who, through our grateful spirit and helping attitude, end up “being at the right place at the right time” to make a positive difference in our own lives and the lives of others.

This was originally posted on Dave's blog.